Boost up your immunity with Curcumin

Curcumin is a polyphenolic compound present in the roots of the most widely used culinary spice Turmeric (Curcuma longa). It is an age-old spice, known and used since Vedic times to treat and prevent various disorders in mankind. The therapeutic property in this golden herb is attributed to the presence of a group of compounds known as curcuminoids, most important of which is Curcumin. This molecule is responsible for the vibrant golden yellow color of the herb. The traditional herb, Turmeric contains only up to 5% of the active curcumin.
Curcumin is a therapeutic as well as a health-preserving agent. This pleiotropic molecule is known to exhibit multiple actions that make it useful as an effective immunity booster, anti-inflammatory agent, a good digestive aid, diuretic, anti-diabetic and antiarthritic agent. Thus curcumin is invariably used in different disorders like Diabetes, Heart disease, Arthritis, Digestive disorders, Seasonal and allergic respiratory disturbances.

What makes our bodies susceptible to disease?

It is the weakened body’s defense mechanism that makes our body vulnerable to the action of the pathogens culminating in different acute and chronic ailments. The human immune system is an intricate network of various cells and mediators that trigger a collective response against the pathogen as and when necessary. A healthy individual possesses two levels of defense mechanism, Natural or Innate immunity, and Acquired or Adaptive immunity. Innate immunity is the rapid first line of defense mechanism that sets in immediately after exposure to the pathogen. Different mediators of innate immunity involve the phagocytes (such as macrophages, neutrophils, monocytes) and natural killer cells. Innate immunity triggers the response by production of the cytokines which initiate an inflammatory response. On the other hand, Acquired immunity involves a highly synchronized interaction between T and B lymphocytes, which facilitate pathogen-specific immunologic response, generation of immunologic memory, and establishing a well balanced immune system in the body.
The base of a perfectly healthy body is a healthy immune system. A breach in any of these defense mechanisms makes us susceptible to various illnesses like different infections, Cancer, Alzheimer’s disease, Cardio-vascular disease, Allergy, Asthma, Arthritis, Psoriasis, and Diabetes.

Curcumin, the principal curcuminoid in turmeric is a non toxic compound that exhibits multiple actions on this immune system and related diseases and helps in achieving a homeostatic environment in our body. Research studies on Curcumin indicate that it alters the growth and response of various types of cells of the immune system. There are shreds of evidence suggesting its action on different cells of our immune system like T cells, B cells, Macrophages, Neutrophils, Lymphocytes, Dendritic cells, and Natural killer cells.
T cells in the immune cells play an important role in the destruction of pathogens in the body by secreting cytokines which initiate the further immunological reaction. According to some research studies Curcumin is responsible for the activation and production of T cells1. It also regulates the B lymphocytes thereby destroying the foreign entity. Apart from these, curcumin is responsible for the activity on normal as well as cancer affected cells. Curcumin also regulates and enhances the proliferation of the macrophages which accelerates the phagocytosis, causing the destruction of the foreign pathogen in the body. These actions suggest how curcumin invariably shows its efficacy in many immune system-related disorders.

In addition to the immune-boosting activity, there are certain conditions when the body needs to keep our defense mechanism on the check. Certain studies show that, in certain infections like Ebola, H1N1, high mortality is associated with excessive cytokine production due to a hyperactive immune system. Few studies on curcumin suggest that it considerably reduces the secretion of interleukin -6 (IL6), interleukins- 8(IL8), Tumour Necrosis Factor (TNFα) which has shown considerable improvement in the recovery from disease2.
What helps curcumin in boosting or enhancing the immune system? Is it the anti-oxidant property or the anti-inflammatory property? Yes, both activities are supporting the immune-modulation by curcumin. Before getting into detail let us see, how anti-oxidants work. Antioxidants are the specific substances that inhibit oxidation, a process by which free radicals are produced in the body. These free radicles in turn are responsible for the damage of specific types of cells. This oxidative stress and free radical formation lead to the development of various chronic immune system disorders like Rheumatic arthritis, Ulcerative colitis, Alzheimer’s disease, Parkinson’s, Diabetes, Cancer, etc. According to some research studies, curcumin exhibits the highest antioxidant property in comparison to other curcuminoids3. Hence curcumin reduces the oxidative stress to a great extent and prevents cell damage thereby giving our immune system a good boost.
Thus curcumin being an excellent antioxidant, the anti-inflammatory agent shows remarkable immune modulation property also which benefits the overall physical and mental health of mankind. This miraculous drug shows a wide spectrum of pharmacological functions thereby protects our body from various infections and several other immune systems related disorders. 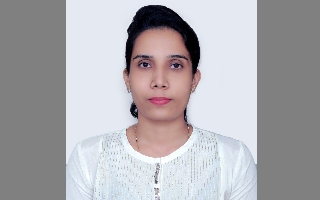 Dr. Sarika Patil
Dr. Patil is a dynamic and pro-active health care professional with Masters in Ayurvedic formulation development. She has excellent interpretation skills in clinical management and expertise in consulting, accurately diagnosing and providing appropriate guidance to the patients. Her post-graduate medical education has provided thorough knowledge in nutrition and weight management along with experience in the management of weight loss in patients with different underlying conditions. 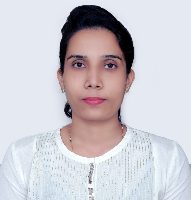 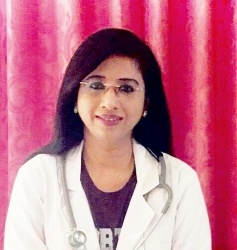